Environmental monitoring instruments coexist with both opportunities and challenges 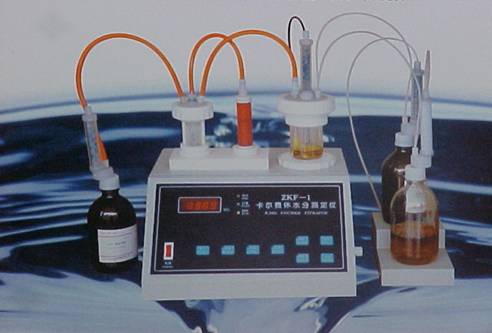 Qianhe Environmental said that the atmospheric monitoring products in the first three quarters achieved large growth and the revenue increased compared with the same period of last year. A staff member of the companyâ€™s directorate said that based on seasonal characteristics, it is expected that government procurement of company products will be better in the second half of the year than in the first half of the year. Sales of PM2.5 and other particulate monitoring instruments will become the main performance support for the next two years. .

In his semi-annual report, Snow Dilong pointed out that in the second half of 2013, desulfurization and denitration products will continue to account for a large proportion of revenue. Zhao Aixi, the companyâ€™s director general, told the Great Wisdom News Agency that it is expected that this year's denitrification monitoring system products can achieve orders of 2-3 billion yuan, up by more than 76% from the previous year.

Environmental monitoring concept stocks are also quite dazzling in the secondary market. According to statistics of the Great Wisdom Financial Terminal Software, from January 1 to October 14, 2013, Snow Dior, Xianhe Environmental Protection, China Test and Detection Technology, and Concentration Technology have respectively gained 121.24%, 83.53%, 81.62%, and 25.11%. Due to the planning of major events, Tianrui Instrument has suspended trading since the opening of the market on June 22, 2013. From January 1 to June 21 this year, the cumulative increase was 36.49%.

In terms of environmental protection, it said that in 2013, it will increase its research on service areas such as environmental testing, environmental assessment, and cleaner production diagnostics certification, and plans to expand into related fields through mergers and acquisitions.

Tianrui Instrument Chairman Liu Zhaogui had previously stated on the investor interaction relationship platform that the company is considering launching relevant market surveys in the field of environmental protection and food safety, and then involving in the third-party services (operating and maintenance, etc.) market.

Environmental monitoring instruments coexist with both opportunities and challenges

At present, China's environmental monitoring equipment is far from meeting actual needs in terms of variety, quantity, performance, and quality. Experts believe that environmental monitoring equipment: infrared thermometer, coating thickness gauge, vibrometer, range finder, noise meter, illuminometer, screen brightness meter, PH meter, anemometer, moisture meter, temperature and humidity The production enterprises will be divided in two directions: one is a large-scale comprehensive enterprise with international competitiveness, and the other is a group of highly specialized small and medium-sized enterprises that are mainly good at certain types of technologies or specializes in certain products or services. It is characterized by its small scale, special staff, and rich experience. A large number of production enterprises developed rapidly and began to change the status of China's environmental monitoring field by relying only on imported instruments. At the same time, enterprises, universities, research institutes, design institutes, finance, and market agencies have realized communication and interaction to promote the formation of large-scale production companies and large-scale markets.