May Gardenia. Speaking of Xunzi, the most famous one is the Zhaizi of Jiaxing, which can be traced back to 1939. Jiaxing Changji, the son of Jiaxing, is an authentic old name in the industry of Jiaxing. A Jiaxing Changji nephew has a long journey from the factory to the user and then to the entrance. How to keep the â€œfreshnessâ€ on this road is crucial. In the light-duty trucks transported by Changji Bangzi to neighboring provinces and cities, an Alzheimer CTX vehicle that matches the Foton Cummins engine has now traveled for more than five years, and its transportation mileage is close to 900,000 kilometers. Its matching Cummins ISF engine is transported by 900,000 kilometers. There has been no major failure on the road.

As a member of the transportation team of Changji Scorpion Factory, Wu Xiangke's daily work is to pack fresh or vacuum-packed Changji oysters into his own Ao Ling CTX light truck that matches the Cummins ISF engine and deliver it to Jiangxi, Jiangsu and Shanghai. Or high-speed service area or food wholesale market in the border area of â€‹â€‹Anhui and Hubei. 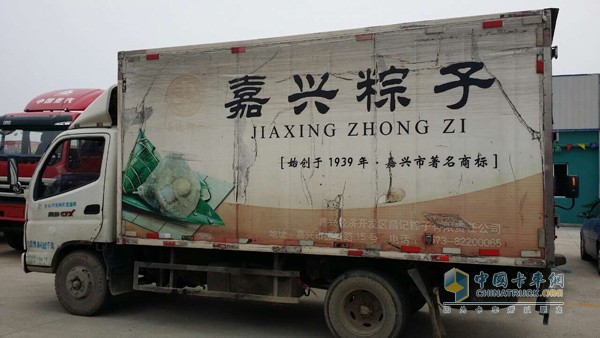 Wu Xiangke has been engaged in the transportation business of Changji Scorpion for nearly three years. The qualifications of this truck for transporting dumplings are longer. Wu Xiangke from his hometown in Taian, Shandong, came to work in Jiaxing, Zhejiang Province when he was young. He started working at the Jiaji Changji Yuzi Factory in 2003. He started working on the production line. In 2012, the factory transported the dumplings from the factory's own unified procurement of vehicles, and the fleet management unified management reform. For individual contract transportation, the shipping fee is cleared by the factory. Wu Xiangke bought the Olympian CTX light truck purchased in the factory in May 2010 and began to transport Changji Scorpio. â€œThis car has been used for dumpling transportation since it entered the factory. It took almost two years and then followed me every day. It was more than three years running and the mileage has already exceeded 900,000 kilometers.â€ Wu Xiangke Says, "The engine has not experienced a failure so far and it should be said that it has not been moved."

Scorpion transport work is busy and tired, Wu Xiangke said: "In recent years, dumplings have become daily consumer food, plus Jiaxing Scorpion famous, Chang Kee is an old brand, our transportation work is very frequent. We have a two-week off day, At other times, orders are dispatched every day. The transportation locations are basically the surrounding provinces and cities, nearly one or two hundred kilometers, and some seven or eight hundred kilometers away, all of which are the same day. â€œWu Xiangke, who just completed the order distribution, had earlier work on that day.â€ Sometimes we can get home at one or two midnight, and the goods delivery will be carried out the next day. It is under this kind of transportation intensity that we have not experienced a single engine failure that made us feel unbelievable.â€ The Bing Bing is good at fighting against the Cummins ISF engine in Jiaxing. The name of the transportation road shows its strength.

Good reputation for being reliable and reliable

One of Chang Jiâ€™s nephew's slogans is â€œFilling Fresh and Good Taste.â€ How to allow users to really taste â€œfreshâ€ delicious rice dumplings has become a major concern for Changjiâ€™s oyster processing factory, and the transportation link has become â€œfreshâ€. The most important thing. 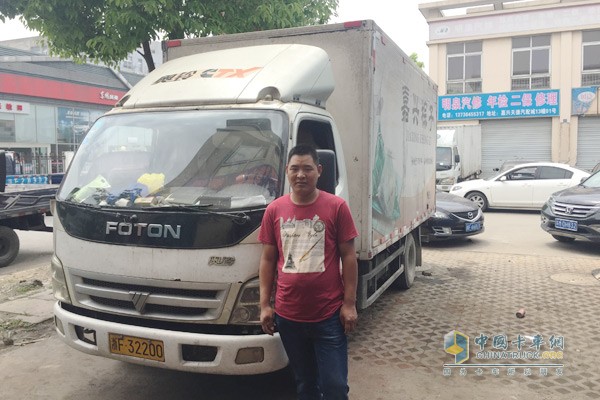 For this reason, Changji Lanzi Factory has high quality requirements for light trucks that are in charge of transportation, and has relatively strict assessment standards for the individuals who are responsible for the distribution of contracts. "Changji wolfberry is divided into two categories, one is a fresh series of instant glutinous rice dumplings, shelf life of 5-7 days; one is a vacuum-packed glutinous rice dumplings, shelf life of 270 days. We are responsible for delivery is usually a fresh series of instant glutinous rice dumplings." Wu Xiangke Says, â€œBecause of the requirement of preservation, our transportation vehicles are all thermal insulation cabins with chilled units. However, if the transportation vehicles are broken down half way, it will be more troublesome. In general, the factory will temporarily transfer other transportation vehicles to the rescue. The shuttlecock on the vehicle was moved from the faulty car to the rescue vehicle and continued to the place where the order was placed.The ready-to-eat dumplings were not allowed for one minute in transit time, and the out of stock not only caused damage to the customer but also affected the reputation of the manufacturer. .

"With so many years of experience, everyone has the highest degree of recognition for Cummins engines. The factory settles freight charges by mileage, and the freight per kilometer is about two to five. I have almost the same fuel consumption than other cars in this vehicle load. On the other hand, the initial maintenance of 20,000 km is now used for a long time. It is basically 15,000 km to a regular 4S or service station for maintenance. There is also a taxi that has to run for 8.9 million km. It was amazing, this car pulled three or four tons of cargo every day and transported it. There was no problem with the 900,000-kilometer engine.â€ Wu Xiangke expressed his feelings from the heart. â€œSeeing such a good quality, the Chang Kee Factory also recognizes that now we The transport fleet has seven or eight O'Connell CTXs, OMARCO light trucks, and the Cummins ISF engine in one color."

Three years to accompany and five years to witness, Cummins ISF silently guarded the 900,000-kilometer-long Jiangnan Musk Transport Road. With the help of this veteran, Wu Xiangke, 35, has now taken root in Jiaxing. Whenever he was very willing to talk to everyone about the Cummins engine, and he couldnâ€™t talk about it, Wu Xiangke said: â€œAlthough it has already run 900,000 kilometers, this car's starting strength is still very good, this engine is reliable Quality makes me feel at ease.â€ He also secretly made up his mind. â€œIt has been running and it should have been running.â€ Perhaps in the near future, we will witness the 1 million kilometers of unspoiled musk trip of the Cummins ISF engine.