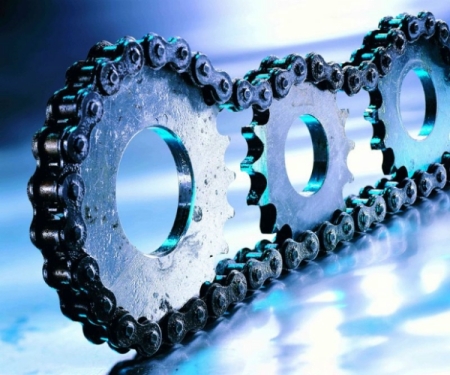 In 2012, the growth rate of production and sales of China's machinery industry was between 11% and 13%, ending the rapid growth of more than 25% per year from 2000 to 2011, and the industry entered a period of moderate growth.

It is understood that in the 12 industrial rankings, the growth rate of the value-added of the machinery industry has been ranked first for many years before. In 2010, it fell to the fifth place and in 2011 it fell to the third place. In 2012, the value-added of machinery industry increased by 8.4% year-on-year, a decrease of 6.7 percentage points from the previous year, and 1.6 percentage points lower than the average national industrial growth rate over the same period.

"The first time in years below the industrial average shows that the machinery industry faces more severe challenges in this round of adjustment than other industrial industries." Cai Weici, executive vice president of the China Machinery Industry Federation, told reporters on the 1st, "Dangling What is gratifying is that, under the influence of the market forcing mechanism, the internal resilience of the company is increasing, and the transformation and upgrading of the industry are being pushed forward with many new bright spots."

It is understood that under the severe situation of falling internal and external demand, the machinery industry has stepped up its efforts to "accomplish high-end, high-quality bases." In 2012, a group of world's top equipment came out in succession: the second-generation successfully developed 80,000-ton die forging presses for high-end equipment such as aviation industry; many companies in the construction machinery industry successfully developed nuclear power and other key projects needed for construction in the world. The largest lifting capacity of 3000-4000 tons crawler crane and so on.

In the face of unfavorable market conditions, enterprises have significantly increased their investment in basic experimental and experimental capacity building, and their high-current and high-voltage test capabilities have reached advanced levels in the world. High-end control systems are subject to changes in imports. In order to cope with the challenges of rapid increase in costs and increasing pressure from environmental protection, companies are paying more and more attention to technological transformation oriented toward cost reduction, efficiency increase, and energy conservation and emission reduction.

During this round of development, the growth rate of the central and western regions continued to be faster than that of the eastern region. The regional structure of the machinery industry was more optimized and the coordination of industrial development was enhanced.

"Overall, the economic growth of the machinery industry has shifted from high-speed to medium-speed, market demand has shifted from sustained strong growth to low-to-middle growth, investment has risen to a rational return, and the continued increase in labor costs and capital use costs will become the norm. Machinery industry in particular needs to increase Great structural adjustments," he said.

Seychelles Self propelled scissor lift indoor is one kind solution for aerial work and the industry solution for increasing worksite productivity.

Self propelled scissor lift indoor is ideal for maneuvering in tight spaces, and can competent the indoor and outdoor construction, maintenance and installation applications with firm, level surfaces. 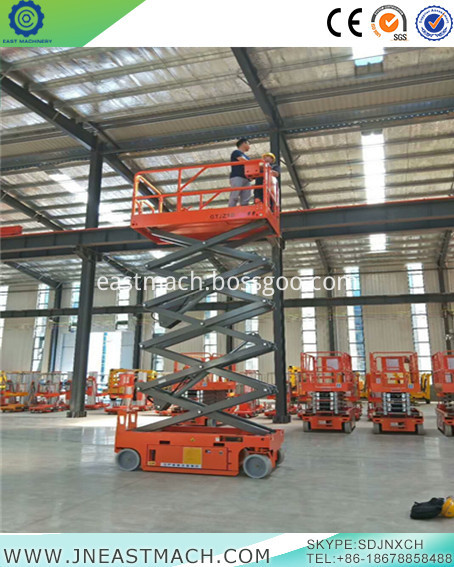 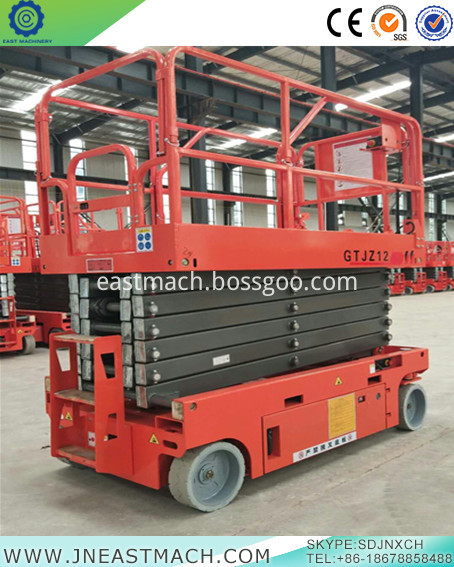 If you have any questions, please contact with us directly. Self-propelled Scissor Lift are produced with High Quality and Good Appearance. Welcome you can visit our Factory. For inqury, Please send mail directly to us.