On December 30, 2016, the National Semiconductor Lighting Engineering Research and Development and Industry Alliance Industry Research Institute (CSA Research) released the "2016 China Semiconductor Lighting Industry Development White Paper", the white paper made an expected analysis of the industry development in 2017, CSA Research pointed out that 2017 In the new year, new technologies and economic changes such as intelligence, Internet+, and sharing economy will accelerate the development of semiconductor lighting technology and application areas. At the same time, with the successive introduction and implementation of national planning and projects such as the 13th Five-Year Semiconductor Lighting Industry Plan and the Green Photo IV, the semiconductor lighting industry will usher in new development opportunities and challenges in 2017. First, the basic and cutting-edge technology continues to break through, and the lighting quality is further improved. CSA Research pointed out that the silicon-based yellow LED light effect is expected to exceed 140lm/W, and the deep-UV LED external quantum efficiency will also increase to about 15%, and the output power will exceed at room temperature. 30mW, this will speed up the penetration of UV LED in the field of sterilization, disinfection and purification; with the gradual resolution of materials, reliability, price and other issues, CSP cost-effective advantages gradually become prominent, and it is expected to achieve large-scale production. In addition, in order to improve the light quality, it is necessary to further strengthen the application of basic theory research such as color rendering, non-visual effect and visual comfort; in light biosafety and light medicine, combined with physiology, medicine, psychology, sociology, etc., research light Research on the influence mechanism of physiology and pathology, and gradually establish a quantitative evaluation system supported by big data. Second, the application segmentation trend is obvious, niche market or new growth point CSA Research said that 2016 small-pitch display, automotive LED, mobile phone LED flashlight and other market segments are concerned; bio-agriculture lighting, light medical, communication, security Innovative applications such as sterilization and disinfection will become new growth points and long-term growth drivers after the replacement stage. Driven by urbanization, Internet of Things, and smart city construction, small-pitch LEDs continue to exert strength in the field of large-screen splicing, accelerating penetration, and competing with DLP and LCD products. It is expected that the domestic small-pitch LED market will continue to grow rapidly in 2017. The growth rate is over 40%. The overall LED color of vehicles is on the rise. It is expected that the market size will exceed 10 billion yuan in 2017. UVLED's global market size in 2017 will reach 270 million US dollars, which is expected to exceed 1/3 of the entire UV light source market, thus forming a situation of resistance to ultraviolet mercury vapor lamps. Third, industrial resources further agglomerate, cross-border integration has become mainstream CSA Research analysis pointed out that large enterprises rely on the capital market, through the integration of mergers and acquisitions, further pooling superior resources, continue to grow bigger and stronger. SMEs need to dig deep into the market segment and do a good job in order to find a way. In addition, in addition to the integration of next-generation information technologies such as the Internet of Things and big data, the trend of LED and intelligent manufacturing, LED and cultural industries, manufacturing and service integration is further evident. Cross-border, integration and development will be the mainstream of the industry in 2017. Fourth, the overall growth rate of the market slowed down, and risk control management needs to be strengthened. In 2017, the macroeconomic situation at home and abroad is still complicated and changeable. CSA Research believes that the moderate recovery of the US, Japan and Europe, as well as the expected depreciation of the renminbi, will benefit exports, which will slow down the decline in LED lighting products exports since 2016. In 2017, the domestic economy is still bottoming out. In addition to the strict regulation of real estate in the country since October 2016, the brake effect will continue to be conveyed to the building materials industry for several months. It is expected that the growth rate of the LED lighting market will be released in the first half of 2017. Slow, while the slowdown in downstream demand will also lead to a decline in the growth rate of the middle and upper reaches. At the same time, the price of a new round of PPI started to rise in the third quarter of 2016, and the cost of labor and raw materials of the company may rise. In addition, as the penetration rate of the general lighting market increases, niche markets such as agricultural lighting, small-pitch displays, automotive LEDs, UV LEDs, and IR LEDs will continue to be launched in 2017. Therefore, in 2017, companies need to pay attention to prevent risks, do a good job in strategy and cost management, and avoid price competition in the Red Sea. The five, thirteenth and five-fifth plans have been issued one after another, and the central and local support efforts are not reduced. The 13th Five-Year Semiconductor Lighting Industry Plan will be released in early 2017. The introduction of the â€œPlanningâ€ will clearly define the industry's next development focus and development mode. In addition, the promotion of the semiconductor lighting market transformation, promotion of energy-saving and environmental protection new light source (Green Photo IV) project (GEF-SSLED), will play a positive role in the semiconductor lighting market transformation, application demonstration, quality assurance. Jiangxi Nanchang and other places will successively launch specific measures and programs to further increase policy support to promote the rapid accumulation and development of local industries, and to form distinctive optical valleys, photoelectric towns, and smart towns. In addition, with the promotion and implementation of the â€œPlanning the Belt and Road Construction Science and Technology Innovation Cooperation Special Planâ€ and other policies, it will continue to promote Chinese enterprises to go global. 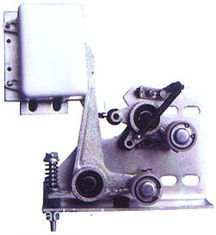